Join Darby's Wine Newsletter
While it is Still Free!

Chambourcin is a French Hybrid red wine grape variety which has only been available since the 1960s.

French hybrids are produced by crossing a variety of the European grape vine Vitis vinifera with an American vine species.

The resulting vines have higher disease and pest resistance, but the wines produced often have an unusual or 'foxy' flavour.

French hybrids are resistant to many fungal diseases especially downy mildew which is a major problem in areas of summer rainfall.

The major motivation for producing French Hybrids was to rebuild the European wine industry after the devastation caused by the phylloxera pest. Now most vineyards are planted on resistant rootstocks as the phylloxera louse attacks the roots rather than the top of the plant.

Chambourcin is perhaps the most successful of the French Hybrids and is certainly the most widely used in Australia.

The area planted to Chambourcin is declining in France, but it is widely grown in Eastern United States and Canada

Chambourcin is one of the varieties described in the book What Varietal is That?

This variety is especially resistant to fungal diseases so it is not surprising that it is most at home in the more humid regions of Coastal NSW, including the Hunter Valley and Queensland. John Cassegrain in the Hastings River Wine Region is credited with pioneering this variety in Australia.

Chambourcin wines are deeply coloured and fruity, but tend to finish short. The 'foxy' flavour common to American Vitis varieties and hybrids can be detected in some, but not all, Australian Chambourcin wines.

Although its major use is for red wines, some producers use the variety for sparkling reds and rose wines. It is also used successfully for port style wines. 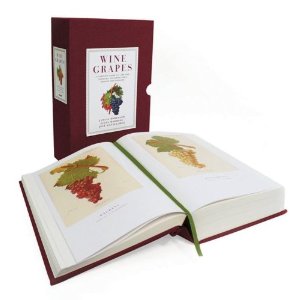 Expand your horizons this summer -