In Australia this variety is normally referred to just as 'Touriga'.  There are about 70 Australian producers making wine from this variety, therefore it is one of the top ten alternative red wines.  Touriga Franca is rare or perhaps absent from Australia. 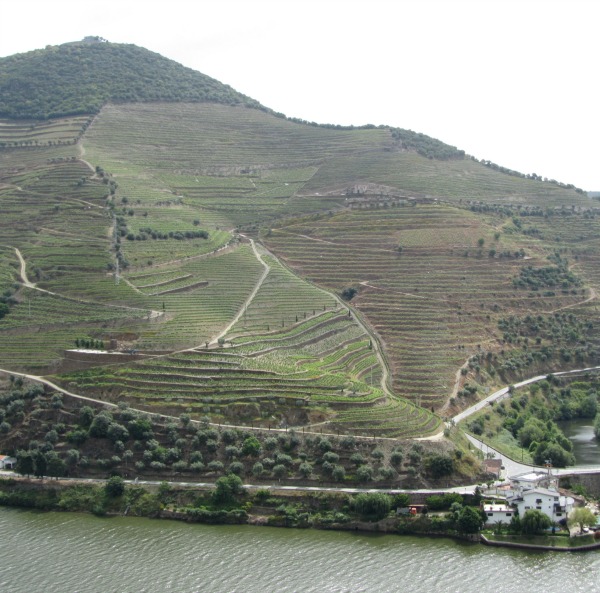 Terraced vineyards on Douro River in Portugal, the home of Touriga Nacional

Port wine on the decline

Touriga Nacional is best known as a variety for producing Port and port-style wines, but it is increasingly used to make table wines.

In Portugal's Douro Valley Touriga Nacional, along with Touriga Franca, Tinto Cao and Tinta Roriz (aka Tempranillo) are commonly blended to make port wine.  There are many other minor varieties used as well but these are main ones.

Only wines produced in Portugal are now permitted to be called Port. In the rest of the world similar wines are still produced under a variety of names, often including the word "fortified".

In Australia the variety that is usually called Touriga is nearly always Touriga Nacional. There is another variety named Touriga Francesa, which is grown by Grey Sands Winery in Northern Tasmania's Tamar Valley.

In California wineries are more likely to be referring to  Touriga Francesa when they talk about Touriga.

Touriga was, and still is,  used in Australia to make fortified wines. But Touriga also makes good table wines, either as a varietal or as a blending partner with other red varieties such as Tempranillo.

The strong perfumed flavours and firm tannins of Touriga can be captured in table wines. The Portuguese use it for this purpose in several DOC regions, most often blended with other varieties.

Many of the Australian wineries listed below use Touriga mostly in blends to make table wines. Yarra Yering have made a Touriga dominant blend for many years under the label Dry Red No 3. This is a top end wine retailing at up to $100.