Carignan is the variety most responsible for the fabled 'European Wine Lake'.

It's modern home is the South of France, particularly the Midi, but it seems likely the variety may have originated in the Spanish province of Aragon. 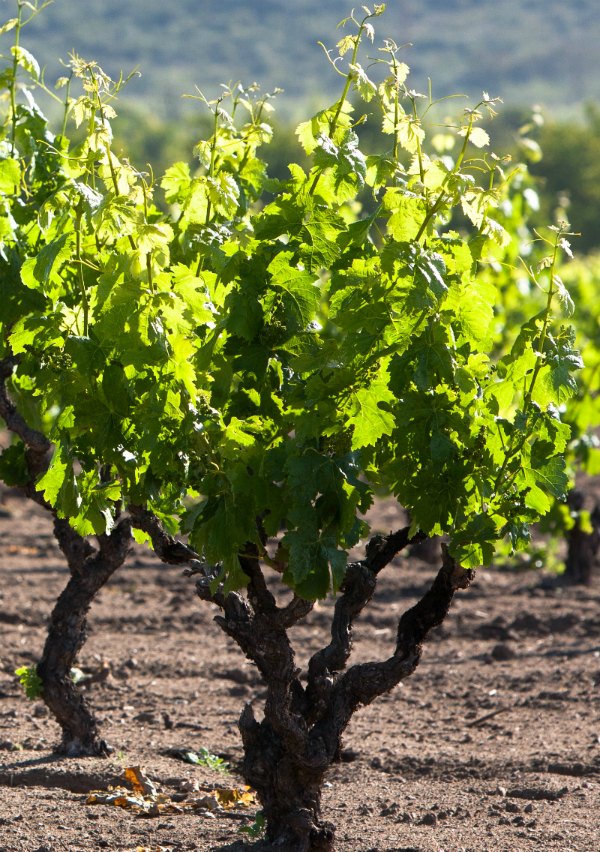 Jancis Robinson was once a severe critic of Carignan, and rightly so.  The variety was used (misused) to make huge volumes of ﻿vin ordinare﻿

But is it the fault of the variety, or of the way it is used? Growers and winemakers saw its characteristics as virtues in making cheap wine, and there was a big market in France for cheap wine back then.

The official name in Spain is Mazuelo, but it is also called Carinena.  It is not widely grown in Spain, even though that is where the variety originated.

As Carignano, this variety plays an important role in Sardinia where it is the second most planted red grape after Cannanou (Grenache).

There are small plantings in most warmer wine producing counties, but it is no where a dominant variety. 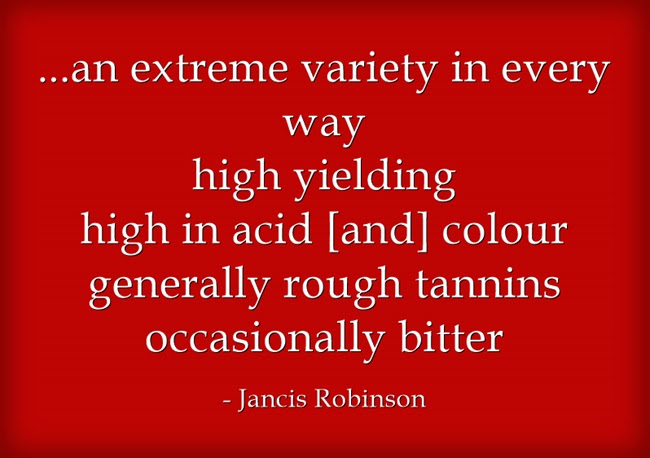 Carignan wines are now in retreat but some winemakers headed by John Bojanowski of Clos du Gravillas wines in St. Jean de Minervois, Languedoc have started the Carignan Renaissance.

They hope to reverse the trend of ripping out Carignan and replacing it with the ubiquitous Merlot. More strength to their arm I say!

Carignan Renaissance have managed to convince Jancis that it is possible to make decent wine from this variety.

Carignan was once much more popular in Australia. It seems to have had an unacknowledged role in some of the wine we once called claret, often blended with such varieties as Shiraz, Grenache, Cinsaut and Mourvedre.

I guess a lot of it found its way into flagons and casks as well.

Little of it seems to have survived the vine pulls of the 1980s when there was a glut of ordinary red wine in Australia.

Later imports of Carignan from California and vineyards derived from them are in fact Carignan.  Thanks to Dr Peter Dry of the Australian Wine Research Institute for clarifying this issue for me.

In the list below some of the wineries may have Bonvedro but they still use the name Carignan.

Evan Goldstein in Daring Pairings claims there is an affinity between sweet fortified wines and chocolate (especially dark chocolate) based desserts.