These are chosen in the basis that they are used by at least fifty producers,  but are not regarded as mainstream - as yet. 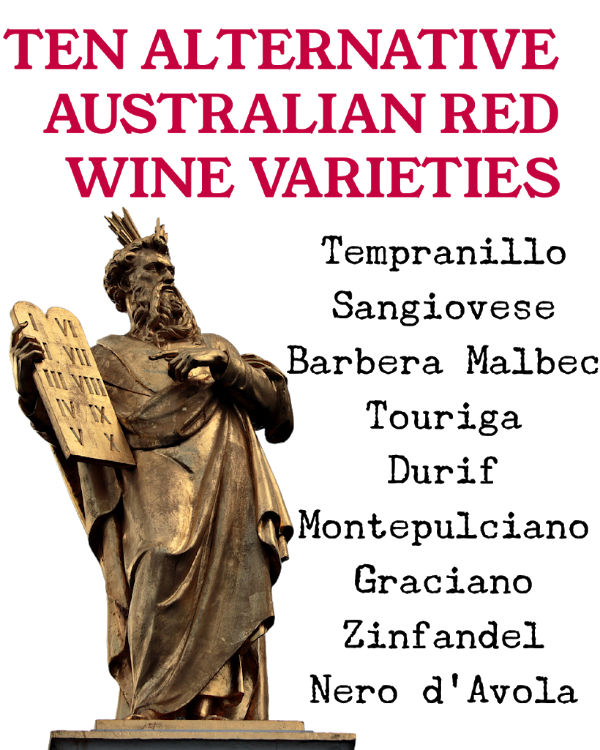 What is an alternative variety?

There is no clear answer to this. It easier to define what is not alternative. Obviously Cabernet Sauvignon, Shiraz and Pinot Noir are mainstream.  Grenache and Mourvedre perhaps also qualify as mainstream and are not considered in this article. 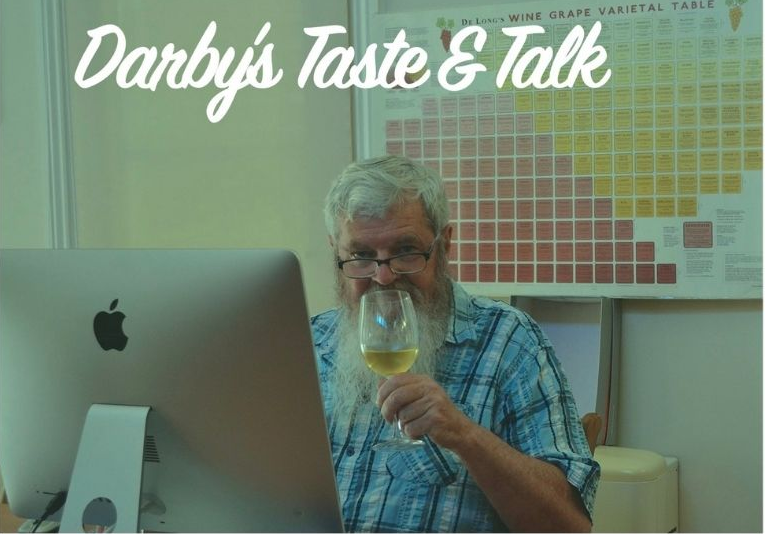 These varieties will be discussed at the Taste and Talk sessions on Thursday 2 June.

This is the premium grape of Spain, best known for its role in Rioja, but it is grown in most regions of that country.  In Portugal where it is known as Tinta Roriz, it is used in fortified red Port, and increasingly in dry red styles.

Australia has the largest are of this variety planted outside the Iberian Peninsula with about 435 producers by April 2022.  Virtually all Aussie plantings occurred this century, little was grown before the turn of the century.  Mark Walpole was an early pioneer of Tempranillo in north east Victoria but it is now grown throughout Australia. 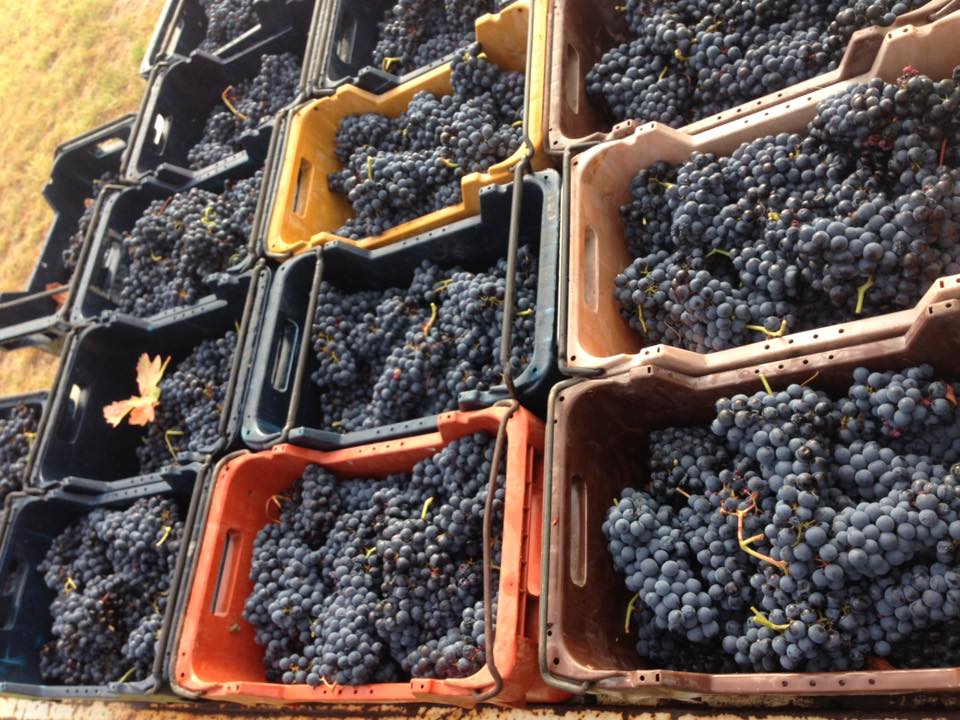 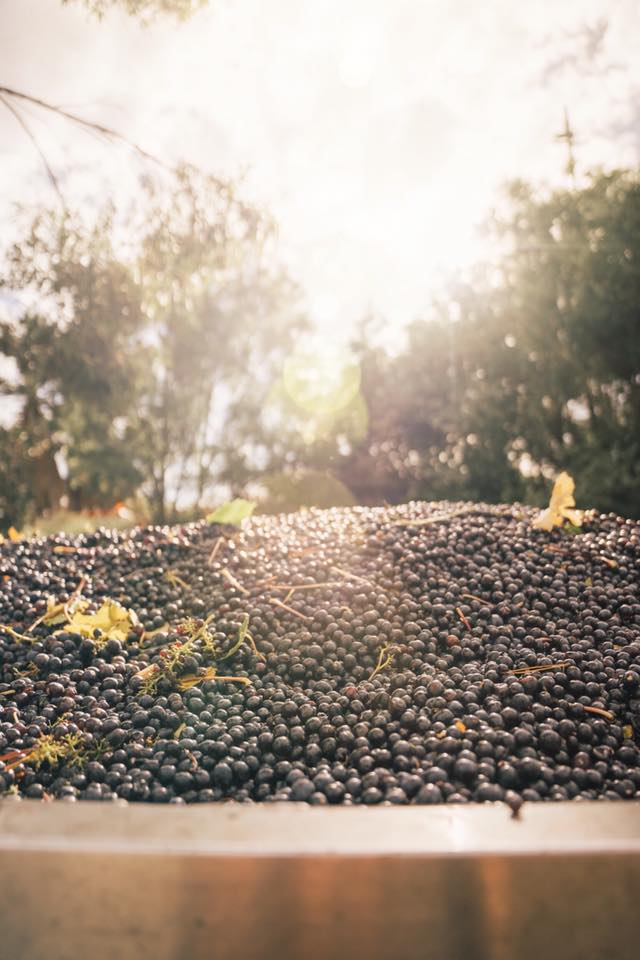 Sangiovese grapes ready for crushing at Coriole in Mclaren Vale

This variety is best known for its role in Tuscan reds,but it is grown in many other regions in central and southern Italy. It is also the most commonly grown red wine variety on the island of Corsica where it is known as Nielluccio.

Sangiovese is an old variety with many clones which produce wines of variable quality.

This variety got off to a faltering start in Australia but now better clones, improved viticulture and winemaking have combined to produce much better wines.

As of April 2022 there are about 322 producers of Sangiovese in Australia. 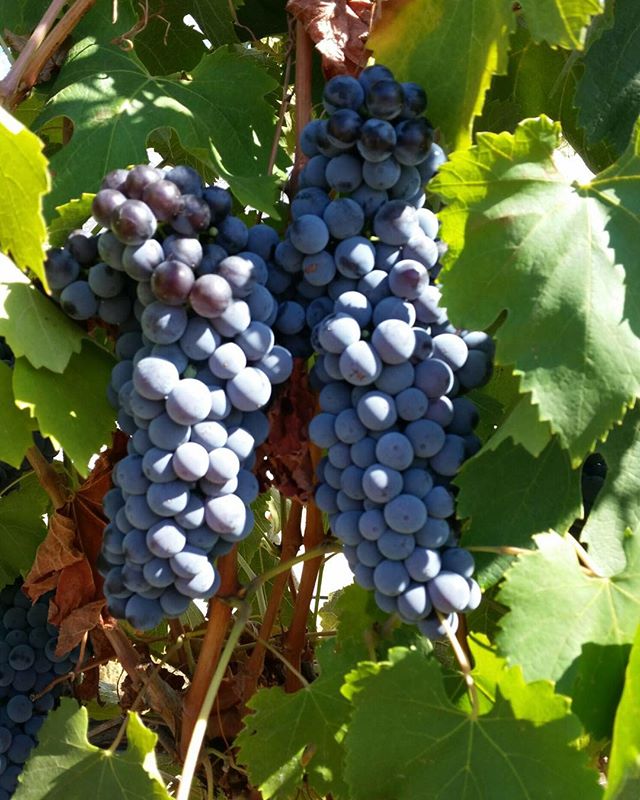 Nebbiolo grapes at Glenwillow in the Bendigo region of Central Victoria

Nebbiolo is a red grape variety grown in the Piedmont region of North West Italy.  It is the variety used to make the highly regarded Barolo and Barbaresco wines, named after the Piedmontese villages of their origin.  Some of this variety is grown in neighbouring the Lombardy region as well.

It has taken some time for Australian winemakers to learn how to handle the high level of tannins and acidity in this idiosyncratic variety, but now there are plenty of examples and Nebbiolo is becoming increasingly popular.

There are about 200 Producers of Nebbiolo in Australia. 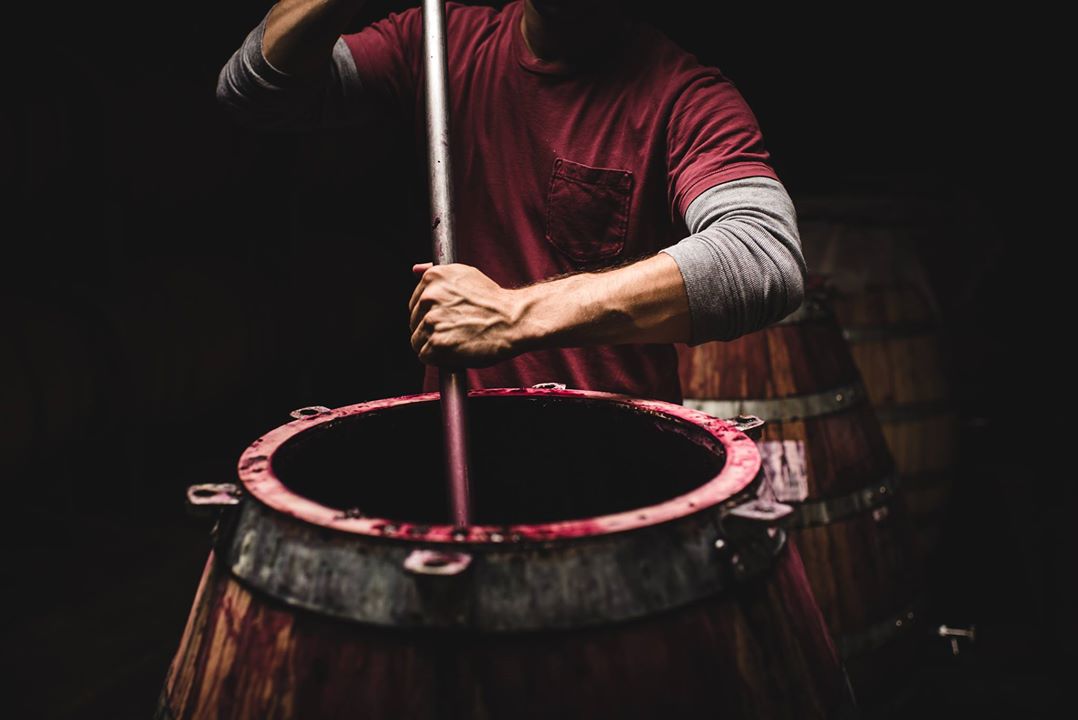 Making Malbec at Taylors in the Clare Valley.

Malbec originated in the Cahors region of Southwestern France, where it is called Cot. Nobody else calls it that, but you could argue that Cot is the correct name.

It is a minor component of some Bordeaux blends, and it is used in other French regions as a blending component. But its best French expression is in the so-called black wines of Cahors.  These are usually varietal Malbec, but sometimes contain some Tannat. Cahors wines are typically soft, aromatic, and of course, deeply coloured.

Most famously, Malbec is the leading red wine variety of Argentina, where it makes everything from everyday drinking wines through to the highest-quality, age-worthy reds.

In Australia Malbec was once the favoured variety for blending with Cabernet Sauvignon. That role is now filled by Merlot, and Malbec lost popularity.

In a reversal of fortunes over past decade or so Malbec has become quite popular in Australia, increasingly as a varietal wine.

About 187 Australian Producers of Malbec are listed here. 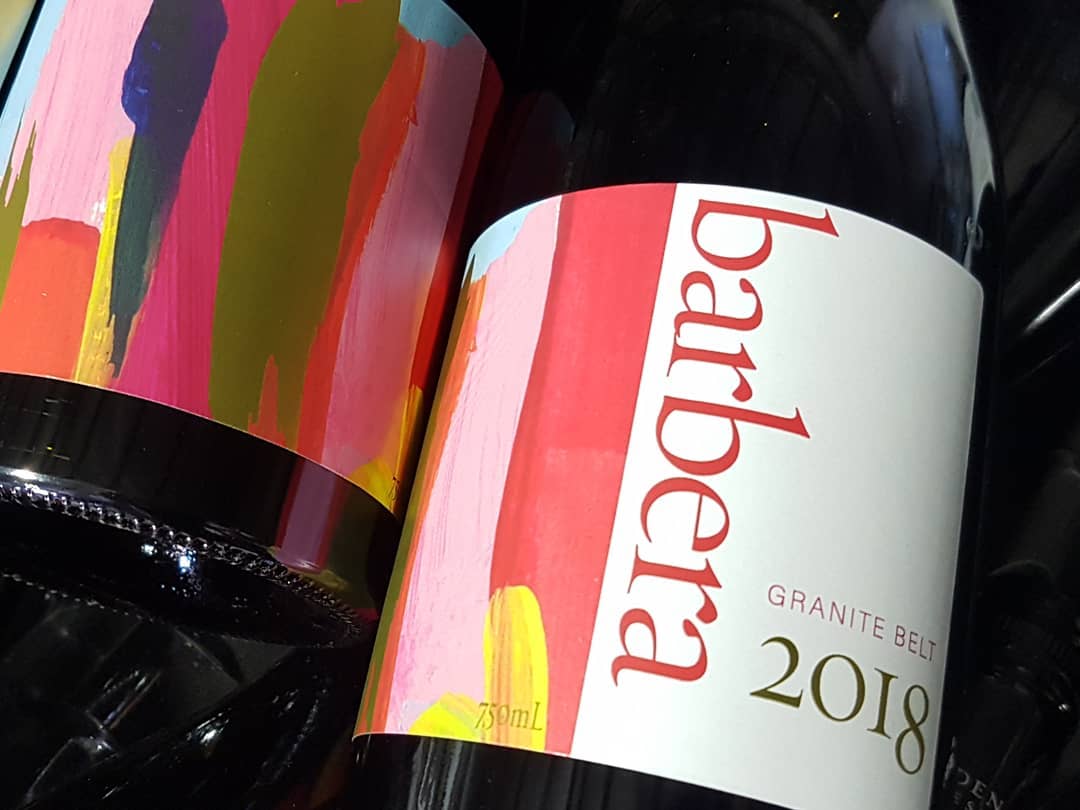 This is a popular Northwest Italian variety that is grown in most other wine regions throughout Italy, and indeed in most other wine-producing countries. To some extent, it lives in the shadow of Nebbiolo, but Barbera is easier to grow and it makes more straightforward wines.

Barbera continues to be popular in Australia, but nobody gets particularly excited about it.   But if you are looking for a reliable Italian varietal to follow Barbera could fill the bill.

About 130 Australian Producers of Barbera 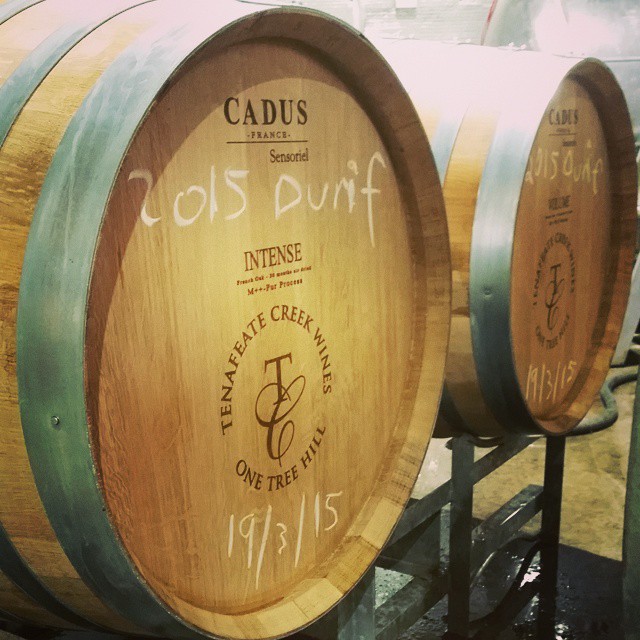 This variety was bred in France in the 19th century as a cross between Syrah and Peloursin. It is known in Australia as Durif and in the US it is called Petite Sirah. It is rarely found in France these days. In Australia, Durif is best known as a classic variety from Rutherglen, but it is also grown in most warmer wine regions.

Durif wines tend to be big and age-worthy, but softer styles are not unknown.

There are about 110 Producers of Durif In Australia. 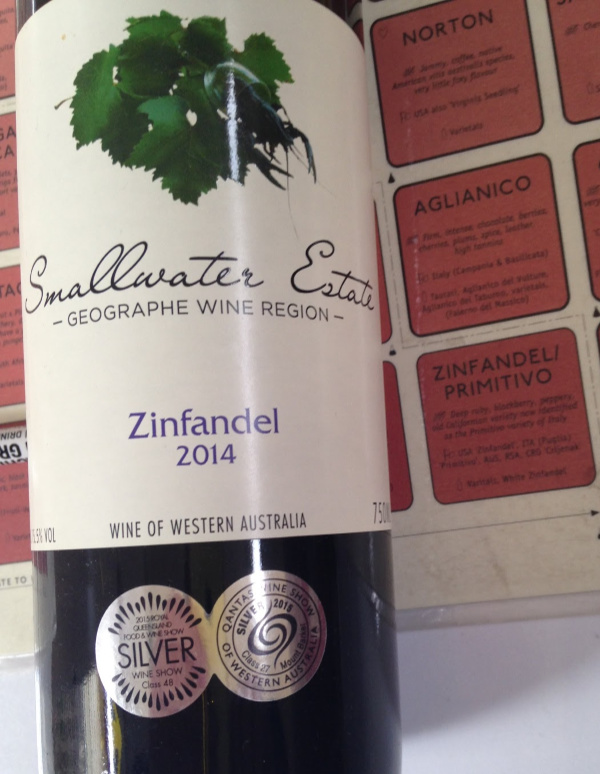 Zinfandel was subject of a long running dispute between Californians and Italians who claimed that their Primitivo were the same variety. DNA analysis finally proved that the Italians were right, but the twist in the tail is that the origin of the variety is in fact Croatia where it is called Tribidrag.

Zin is a versatile variety which can produce many different styles, with a kaleidoscope of aromas and flavours not all of them immediately attractive.  Perhaps the best Zins are those with deeper colours and slightly edgy flavours.

Historically Zinfandel was championed in the Margaret River by Cape Mentelle and is now grown in many Australian regions.

About 100 producers of Zinfandel In Australia 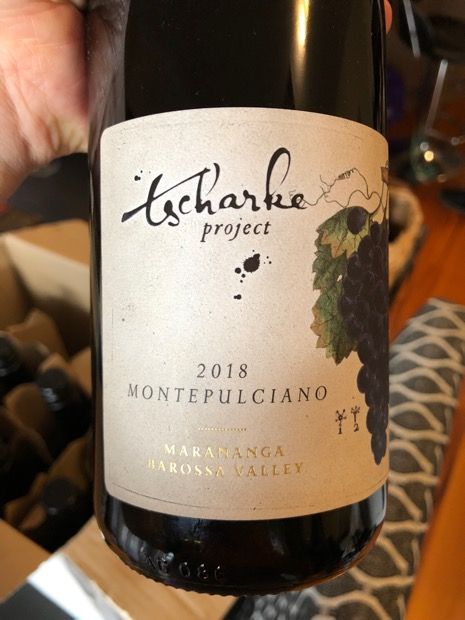 Perhaps the early advocates of varietal labelling thought that it would simplify things for the consumer, but the naming of this variety doesn't quite do that. Vino Nobilo di Montepulciano is a DOCG wine made from Sangiovese, not Montepulciano. In Italy you will find the name Montepulciano most commonly on labels as Montepulciano d'Abruzzo which tells you the variety and the region where the wine is from.  But Montepulciano is grown extensively throughout central and southern Italy.

In Australia, especially in South Australia, the variety has been used to make some excellent medium to full bodied reds since being pioneered by Tscharke wines in the Barossa.

Over 97 Australian producers of Montepulciano. 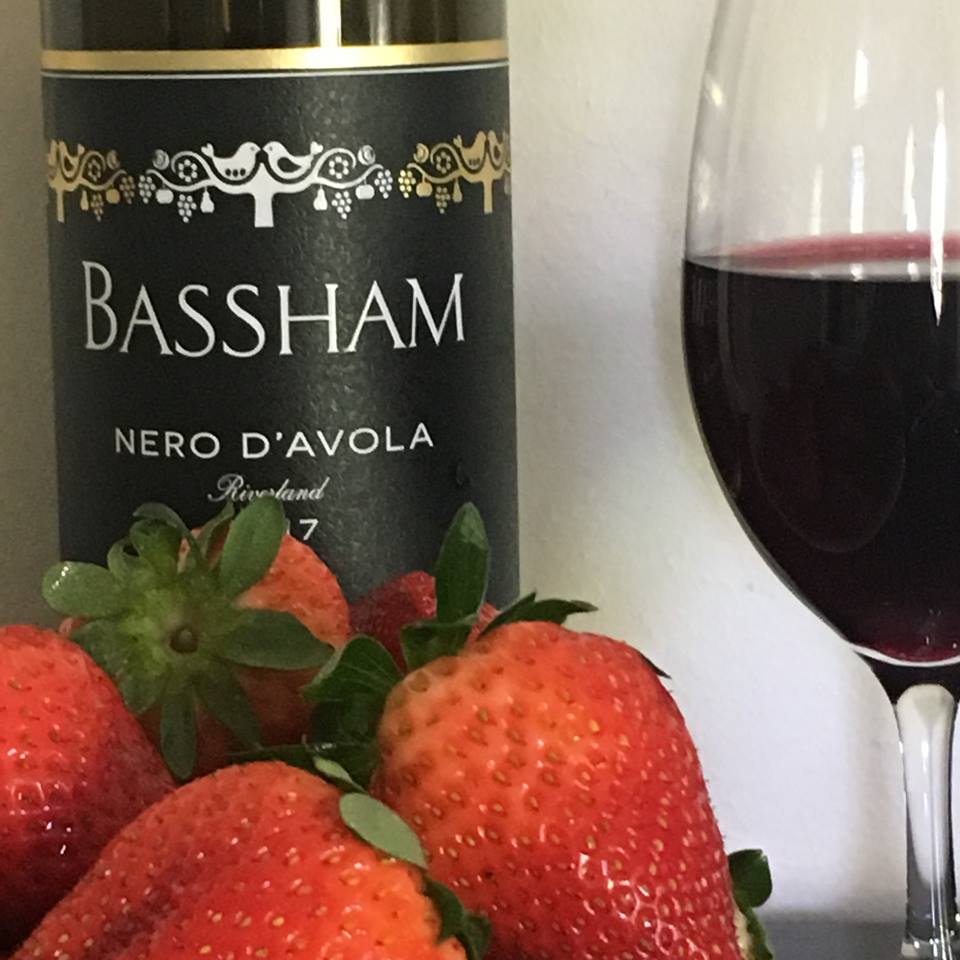 Nero d'Avola gets its name from the town of Avola in Southern Sicily.  Nero thrives in the warmer climate of Sicily where it is the most popular red wine variety.

Nero was introduced in to Australia to produce quality red wines in warm to hot regions and as a response to climate change.  The wines are typically deeply coloured and light to medium bodied. Rose styles are also made from Nero d'Avola.

Over 95 Aussie producers of Nero d'Avola 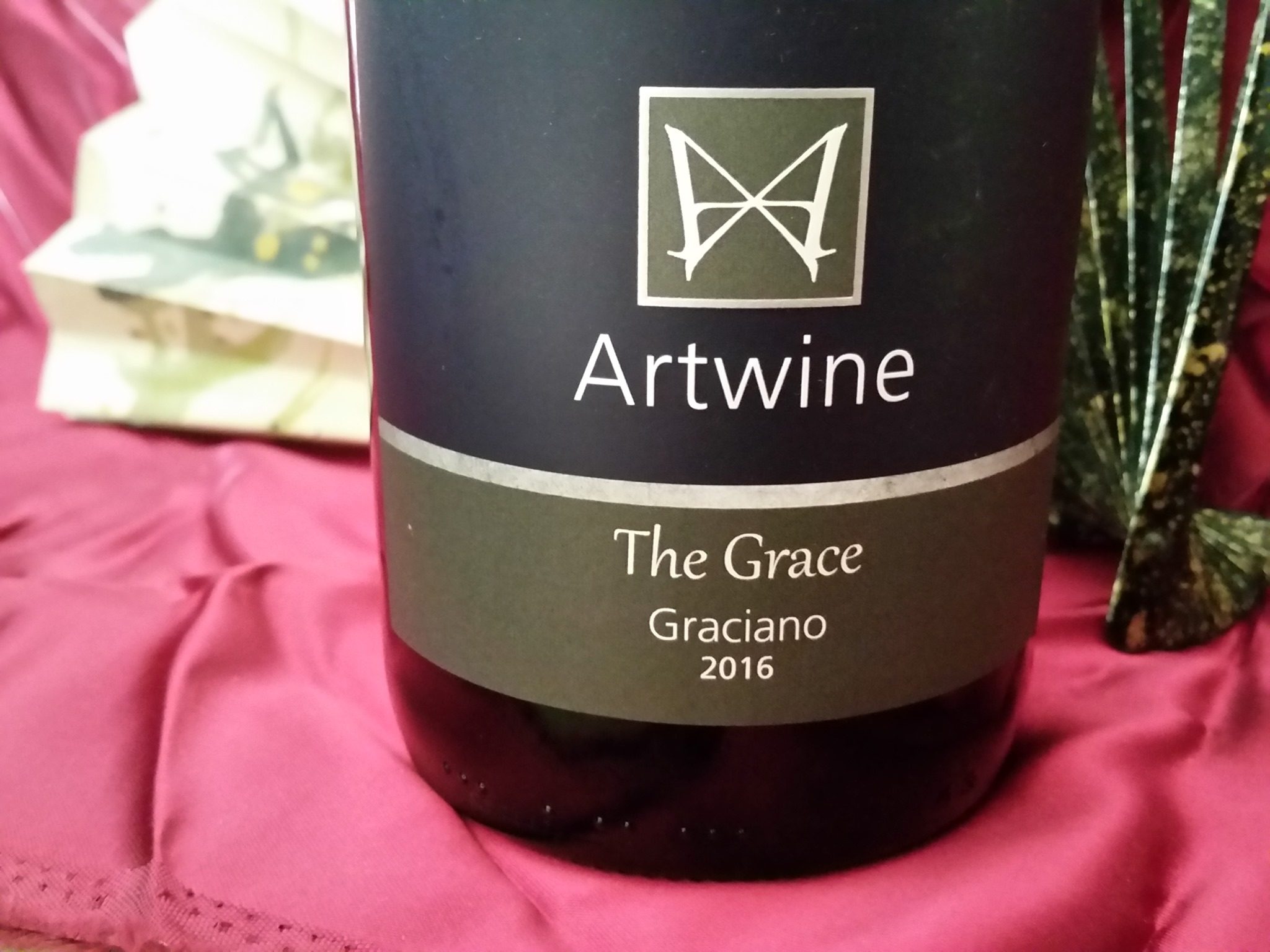 Graciano is an aromatic red wine grape variety that is prized for the rich colour and spicy flavours it gives to blended wines. It is most commonly used in blends in its native Spain, often with Tempranillo and Grenache.

It is also used as a component of blends in Australia but Graciano is being used increasing to produce varietal wines.

Over 70 Australian producers of Graciano are listed here.