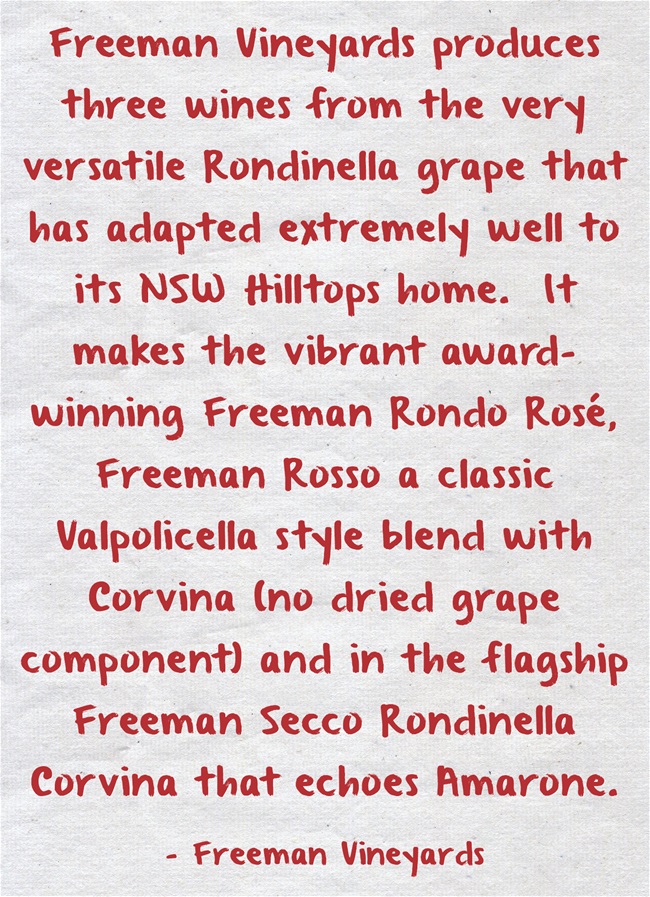 Quote in Rare Ozzies book from Australian producer of Rondinella.

Rondinella plays a secondary role to Corvina in these blends and is less highly regarded. The Valpolicello DOC in the Veneto region in North East Italy is known for the variability of the wines, which are at worst quite thin.

Critics use the term 'high yielding' as a sort of synonym for low quality varieties which make neutral wines, and this is often found in descriptions of Rondinella. In fact the variety is losing out to its more favoured partner.

Rondinella also finds some use in the dried grape wines of the Veneto region. This method is used to make sweeter stronger wines such as a Amarone and Recioto.

It is grown in Australia by Freeman Vineyards in the Hilltops Region where it is made into rose, a dry red style and semi dried and blended with Corvina to make an Amarone style wine.