This is a red grape variety from Savoy region in Eastern France. It has been in Australia for more than a century but still has only a handful of producers, hence it is included in the Rare Ozzies Book. 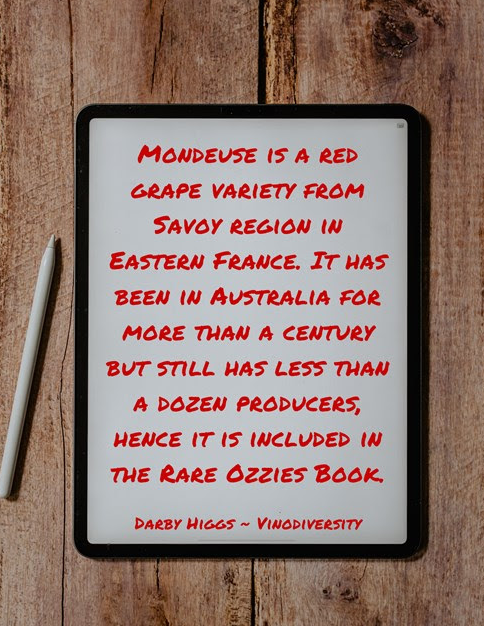 More correctly the variety should be called Mondeuse Noire, as there is a related variety Mondeuse Blanche.

The white variety is unimportant in its own right but it is in fact a parent of Syrah/Shiraz. There is also a gris version which is a mutation of Noire.

Formerly there was some confusion, especially in California with the variety where some authorities thought it was the same as Italy's Refosco Del Peduncolo Rosso. DNA analysis shows that Refosco is in fact a distinct variety but related to it. 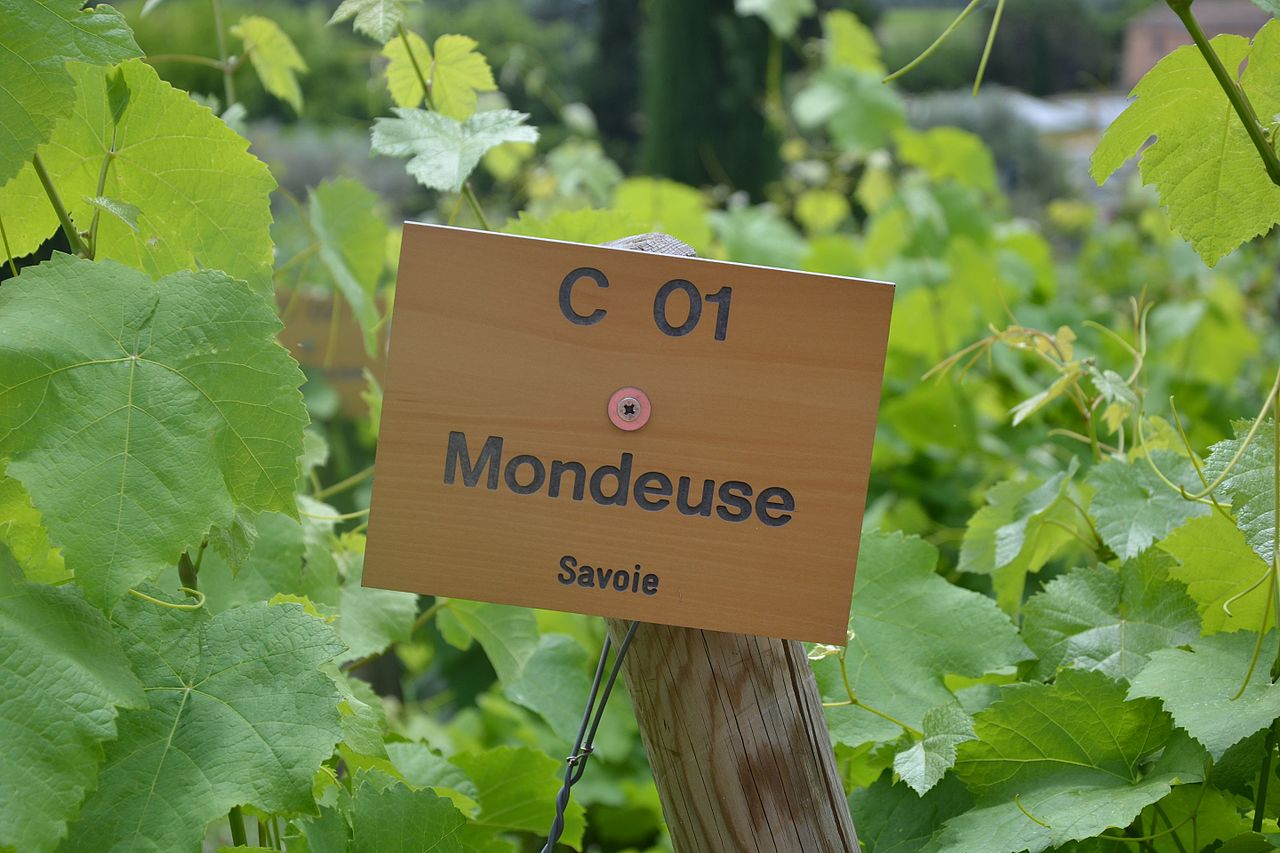 By Marianne Casamance (Own work) [CC BY-SA 4.0], via Wikimedia Commons

Mondeuse for us is marked by freshness and spice, a real medium bodied wine that has plenty of character but reminds you it comes from mountain country. Knowing that it is a close relative (either grandparent or half-sibling) of shiraz really helps people come to grips with it as well.

In Australia we like to shorten names so it is most often referred to just Mondeuse here.

Brown Brothers have had this variety for over a hundred years in their Milawa winery.  They use it in a blend with Shiraz and Cabernet Sauvignon.

In more recent years a few other wineries have started to make Mondeuse wines. It seems that we may see more Australian wines made this variety.

Mondeuse is a rare variety in Australia, just a few wineries are using it. You can find more Rare Ozzies in the Pinterest images below.