In May 2020 CSIRO revealed that most of the so called Petit Manseng grown in Australia is actually Gros Manseng. 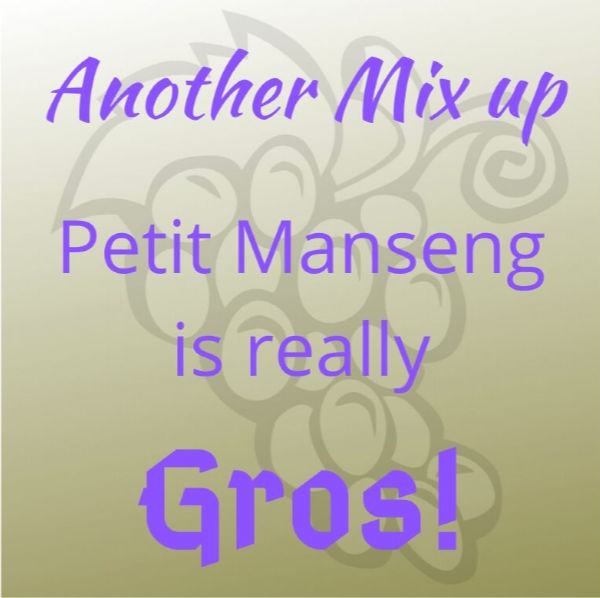 Up and coming white wine varieties for Australia

Several varieties are contending for the most popular of the emerging white wine variety in Australia.

As at the end of the 2019 I reckon Fiano is still ahead.  But it is a tight race. Some exciting new varieties such as Piquepoul, Albarino and Arinto are starting to make their mark. 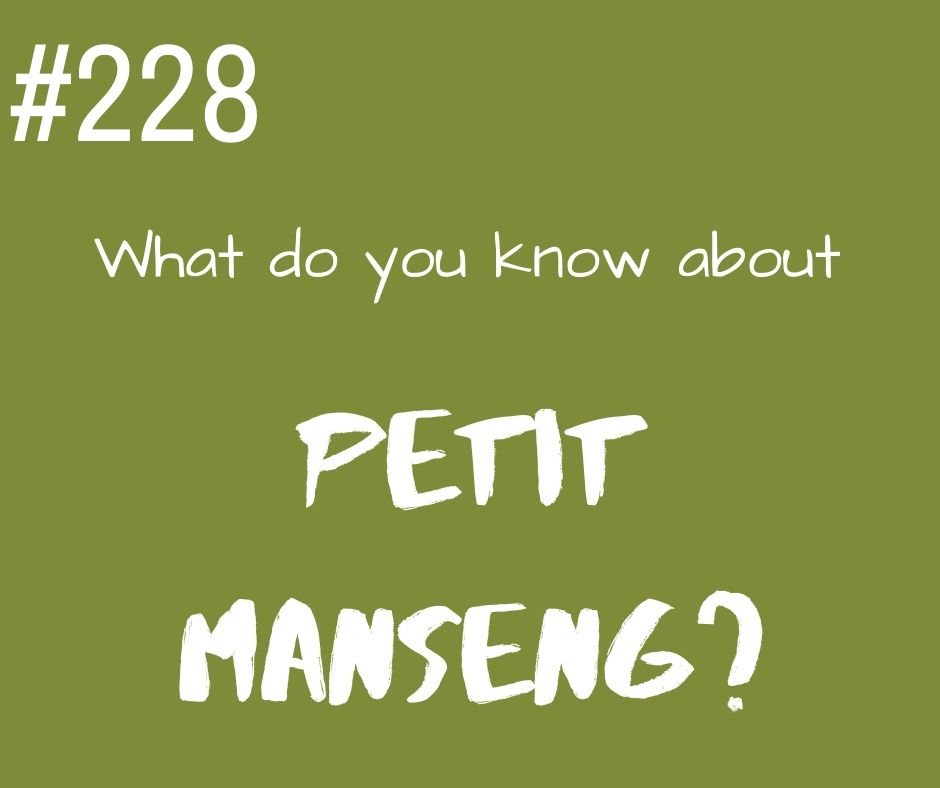 Petit Manseng is the 228th most popular wine grape variety globally in terms of area planted.

Petit Manseng in France and elsewhere

In SW France it is the mainstay variety of the Jurancon and the Pacherenc du Vic-Bilh appellations.

Jurancon is to the south of the city of Pau. The region is at 300m altitude and moderately cool. Thirty km or so to the north is Pacherenc du Vic-Bilh, around Madiran, more famous for its Tannat based red wines. Petit manseng is also grown in the Basque regions of Spain.

Sweet, moelleux (semi-sweet) and dry wines are made from Petit Manseng in these appellations. The sweet wines are most often made by allowing the grapes to dry to a semi raisined state on the vine (passerillage) rather than by using Botrytis.

Petit Manseng is grown for its floral fruity flavours along with high acidity and is increasing in popularity in the Languedoc and in California. It is also popular in Uruguay where it was introduced by Basque colonists along with the red wine variety  Tannat.

Peter Read, former owner of Symphonia wines in NE Victoria championed the variety in Australia in the 1980s and 1990s. The Symphonia vineyard is now owned by Sam Miranda. He has retained the Symphonia label for the alternative varieties produced at that vineyard.

I think that the variety has potential here. Like most aromatic whites care has to be taken to get enough fruit flavours into dry wines without overdoing it. Sweet and semi sweet wines (apart from a famous Crouchen Riesling) struggle to find a market in Australia.

The wineries in the list below all produce good dry white wines from the variety. While Petit Manseng is starting well behind the new fashionable niche white varieties of Fiano, Arneis and Vermentino I reckon there is a definite future for the variety in Australia.

At the 2019 Australian Alternative Varieties Wine Show just five wines from this variety were judged.  One received a Silver medal and three were awarded Bronze medals.

The aromatic nature of dry wines made from Petit Manseng could be paired with lightly spiced Asian dishes, say Thai style prawns with coriander, lemon grass and ginger, sliced fish and green curry.

More generally any food that you would pair with Riesling would be suitable.

Give yourself a treat in Springtime.

Steam some fresh asparagus and toss it with some butter and a splash of white wine vinegar.

Don't muck around with elaborate sauces for asparagus, allow the natural flavour to express itself.

Serve as an entree with some chilled Petit manseng.

If you find a bottle of moelleux style you can enjoy it chilled as an aperitif, or maybe with some foie gras. 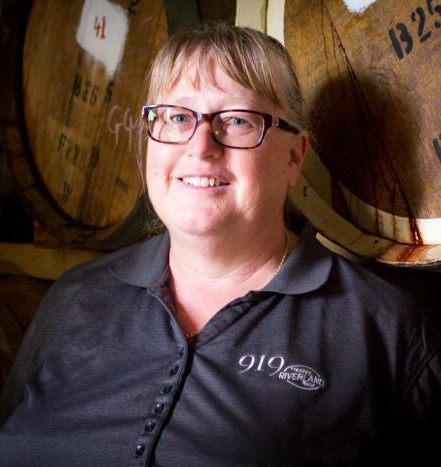