Is Fiano the most outstanding of all of the new white wine varieties in Australia?

The other contenders are Arneis, Gruner Veltliner, Petit Manseng, Savagnin and Vermentino.  The Iberian white wine varieties Arinto and Verdejo are also making an appearance and could be challenging in a couple of years time.

By mid 2022 I reckon Fiano is still miles ahead.  It is proving its maintaining its dominance in South Australia and proving its worth in many other temperate, warm and hot regions throughout the country.

Were does Fiano Grow in Australia?

Size of the font in the image below indicates relative number of wineries using Fiano. 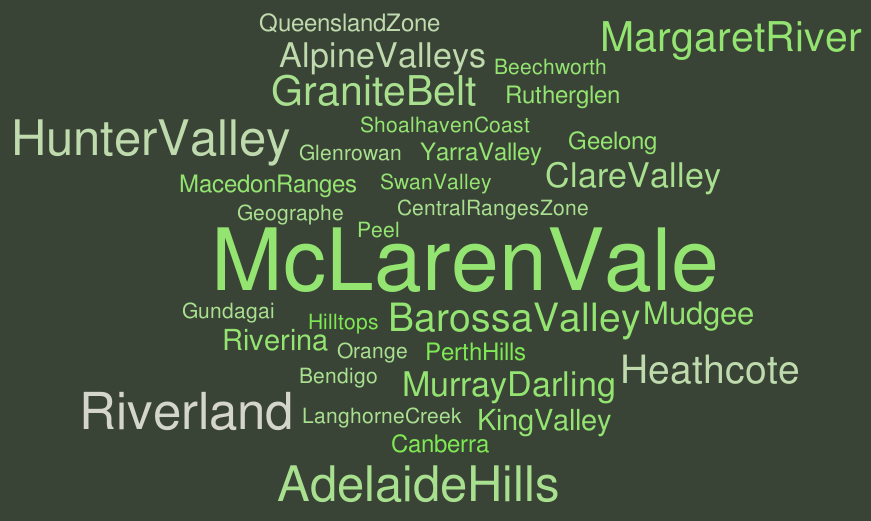 Fiano is a strongly flavoured white grape variety which is used to make the highly regarded Fiano di Avellino in Campania in Southern Italy.  Avellino is a wine region in the hills inland from Naples.

Fiano is also grown in other southern Italian regions such as Basilicata and the Salentine Peninsula in Puglia. 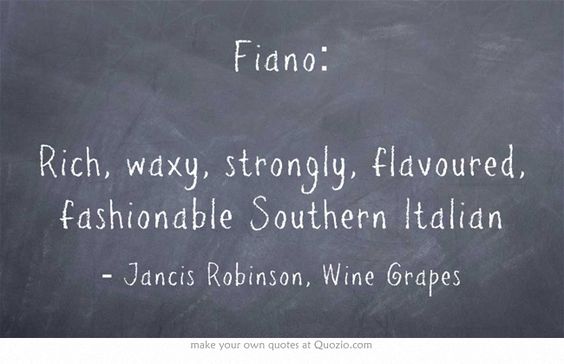 Your first lesson about Fiano from Jancis Robinson

Here's what the Unknown WInecaster says about Fiano 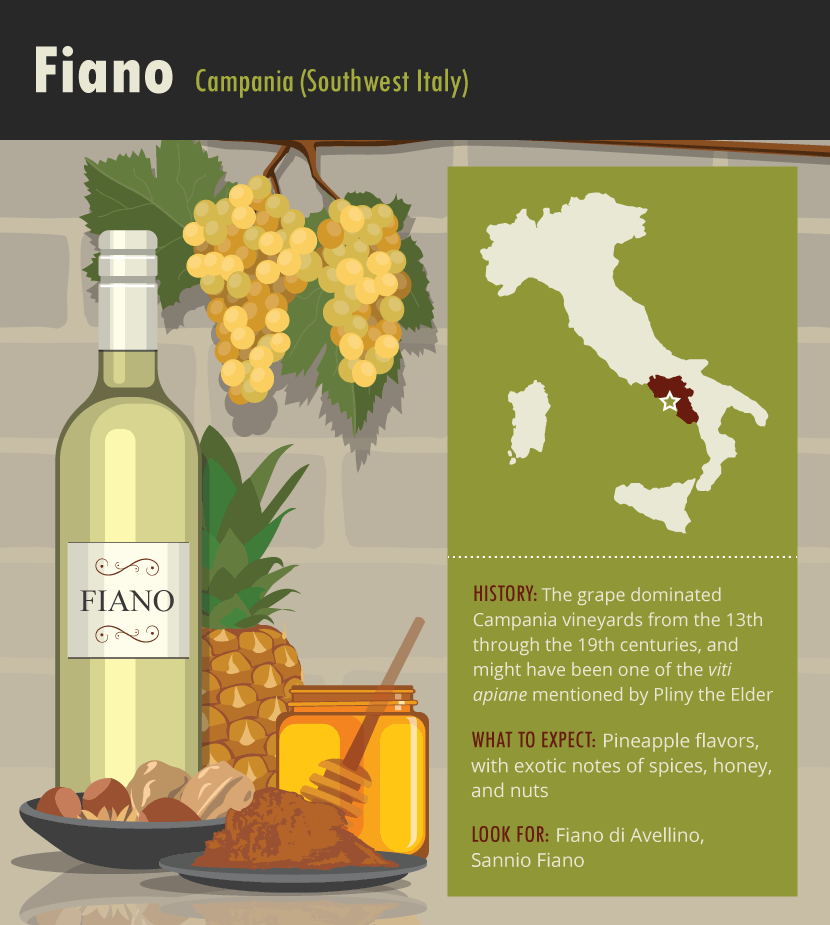 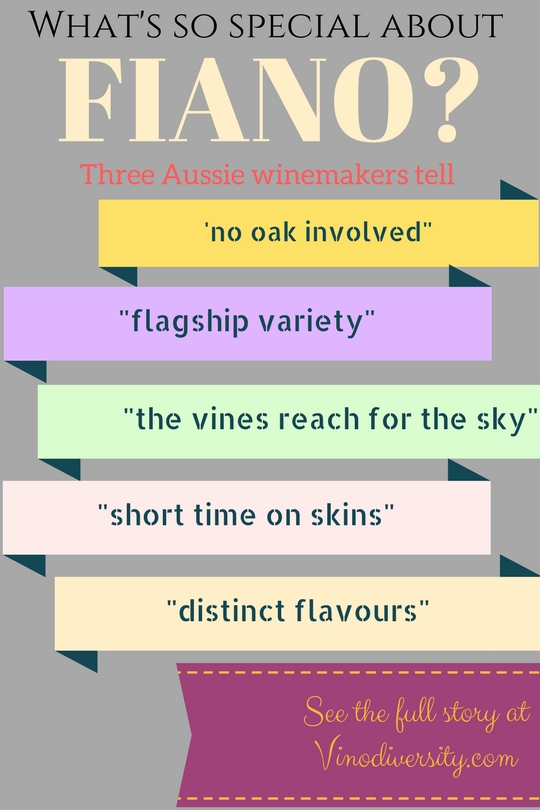 There is a small but steadily growing number of producers of Fiano in Australia. This is likely to continue over the next few years as more and more grape growers and wineries react to the problems of climate change by using Southern Italian grape varieties.

The time of vintage has been much earlier than usual in many recent years. Later maturing varieites are more suited to warmer areas as the grapes are able to ripen with a better balance of sugar, acid and flavouring compounds in cooler times.

It seems that South Australian winemakers are especially keen on the variety, taking the lead from Coriole who pioneered the Fiano in Australia.

Fiano has had its own class at the Australian Alternative Varieties Wine Show (AAVWS) since 2009.

Check out this selection of Fiano wine at Vinodiversity's online wine merchant partner.

The winners of gold medals were

De Long's Wine Grape Varietal Table lists the variety as having the potential to produce light-weight wines of moderate to high acidity.

The flavour profile is described as

These crisp dry white wines can be paired with a range of foods. Try them with seafood, pasta dishes or other Italian style cuisine.

Brian St Pierre in this book suggests that Fiano is one white wine variety that goes well with dishes normally associated with red wines such as stuffed eggplant, or rolled veal birds. 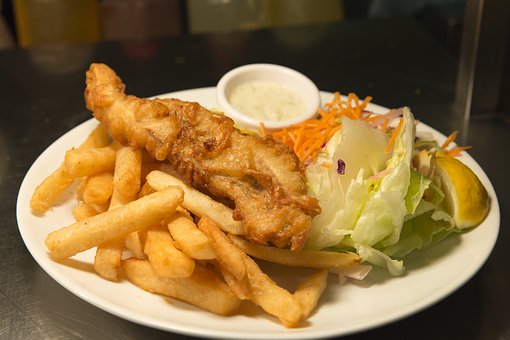